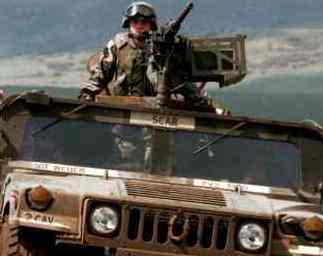 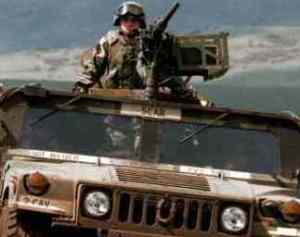 Vox pops can be the scourge of the reporter’s life.
For a start, they mean mixing with the ‘public’. Face to face.
A friend of mine had to go out to an M4 service station and ask travellers what they thought of the toilets – they had just one some award.
Well, one, it’s embarrassing standing with a camera and stopping people as they leave the loo.
And, two, it’s one of the unwritten duties of the reporter to rebel against the daft things newsdesks ask them to do.
My friend got around it this way.
He stopped people getting on a coach going towards London and asked them an entirely different question.
Back in the Cardiff newsroom he made up their names, rewrote their answers so that they gave glowing references for the service station toilets and then sent their photos and ‘quotes’ for publication.
No one was any the wiser. The newsdesk, the London daytrippers who would never see the newspaper or, indeed, the readers.
They do vox pops in Iraq too. British reporters hunker down in the back of Humvees so that when someone back in London asks them what “the Iraqi people” think, they have a response.
The sharp-toothed watchdogs at Media Lens highlighted a vox pop aired on Newsnight recently.

The BBC reporter was travelling in a Humvee called “Hellstorm Seven”. (American “peacekeepers” always have such suitable call-signs, don’t they? It must be so reassuring when “SuddenViolentDeath Three” and “CollateralDamage Four” arrive at your door.)
The hack jumped from the vehicle to point his microphone at the locals and to ask “whether they feel secure” as the surge happens all around them.
“The security situation, we are relaxed about it,” said the man. “We come and open our shops, even though business is down. There is stability now.”
An American soldier asked another Iraqi: “So you’re happy we’re here.”
“Oh, very, very, very happy,” came the eager reply.
Now, behind the reporter and the kindly-looking soldier, remember, are the soldiers of Hellstorm Seven.
These guys can barely move for weaponry. They make Robocop look like Gandhi.
And they will be back later on another patrol – when the BBC is back in the Green Zone.
What does the reporter expect these people to say?
“No, I’m very pissed off. Would you mind giving me my neighbourhood back?”