Many thanks to Angus Wallace of WW2 Podcast 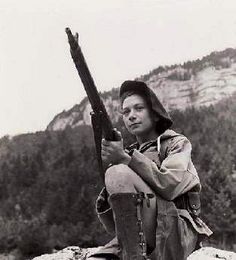 Shadow Warriors: Daring Missions of World War II by Women of the OSS and SOE

A group biography of the fearless young women who became secret agents during World War II.

Award-winning journalists Thomas (Operation Exodus: From the Nazi Death Camps to the Promised Land: A Perilous Journey That Shaped Israel’s Fate, 2010, etc.) and Lewis (A Bullet Saved My Life: The Remarkable Adventures of Bob Peters, 2006, etc.) bring their talent for telling detail and brisk pacing to an engrossing history of women who worked for the United States and Britain as spies, cryptographers, analysts, couriers, and resistance fighters during World War II.

Drawing from official records, memoirs, diaries, and letters, the authors detail the recruitment, training, and daring escapades of women who infiltrated enemy lines and carried out sabotage operations, ranging from stealing documents to blowing up railroad tracks. Risking their lives repeatedly, the women proved themselves ingenious and fearless.

They were also, as the authors portray them, uncommonly attractive: slim, vivacious, charming, intelligent, quick-witted, and multilingual. Among them was the irresistible Betty Pack, who took countless lovers and became known as “the spy who slept her way to obtain information”; and Evangeline Bell, “intelligent, beautiful, mysterious, and ethereal,” who had the “demanding responsibility of ensuring there were no inconsistencies in the forged documents” and articles of clothing given to French agents. Any detail could result in arrest. French clothing, for example, was sewn “with parallel threading” rather than cross-stitches, a detail for which Bell had to be alert. Spies were taught how to pick locks, reassemble documents from scraps in trash baskets, live off the land, manage a safe landing in a parachute, make a cast of a key in a bar of soap, and canvass surroundings using a shop window’s reflection.

Some training centers taught forgery, microphotography, and safecracking. Not all agents were successful: some were arrested, executed, or died in concentration camps, never seeing the victory for which they worked. The authors make a strong case for the importance of these women to the course of war, offering a fresh perspective on military history.

A welcome addition to WWII literature.

World War Two was the war in which old gender rules changed, as intelligence agencies created specific training and roles for women.

SHADOW WARRIORS is the story of women as undercover combatants: armed with Sten guns and grenades; cutting telecommunication wires, laying mines in roadways; organizing bombing raids; preparing the way for the D-Day invasion and harassing enemy forces as the Allies moved inland.

It begins by telling the story of how US and British intelligence agencies decided to use women as spies in a way they never had before; and of how they then recruited and trained them, as couriers, wireless operators, saboteurs and even resistance leaders.

These agents ranged from girls barely out of high school to mature mothers, from working class women to the daughters of aristocrats, from the prim and proper to wild high-livers.

They were taught how to send coded messages; how to lay explosive charges; and how to kill with knives, guns and their bare hands.

Sometimes they faced sexism and even derision from their trainers. Yolande Beekman, an efficient and courageous agent who was executed by the Germans, had been dismissed by one SOE instructor as, “A nice girl, darned the men’s socks, would make an excellent wife for an unimaginative man, but not much more than that.”

Their actions behind enemy lines were to change for ever the views of the US and UK intelligence communities on using women as agents.

Some, such as New Zealander Nancy Wake and Polish-born Christine Granville led men in battle. Granville masterminded the escape of a fellow SOE agent. Nancy led a gun and grenade attack on a Gestapo headquarters in France. American Virginia Hall became the Gestapo’s most wanted agent.

Others, such as the American Betty Pack, used their beauty and sexual allure to capture enemy secrets which would change the course of the war.

All these agents knew that torture and death were the price of failure. Some had to leave babies and children at home. Many paid the ultimate price for their bravery.

As Nancy Wake said: “I hate wars and violence but if they come then I don’t see why we women should just wave a proud goodbye and then knit them balaclavas.”

The clandestine war, and therefore the war itself, would not have been won without the courage and contribution of these Shadow Warriors.

UK edition now available; US edition to be published by Chicago Review Press in January 2017.