D-Day veteran Ted Owens is celebrating winning a Gold award at the New York Festival of TV and Film.

The series LEST WE FORGET in which two schoolchildren travelled to France, the Netherlands and Germany with Ted was given the special prize in a documentary category.

The Royal Marine Commando was hit by a shell on D-Day and almost died – but returned to France to fight on. He later fought in major battles in the Netherlands.

The friendship between the two schoolchildren and Ted – who is 95 – is at the heart of the series, which you can still view online for free. 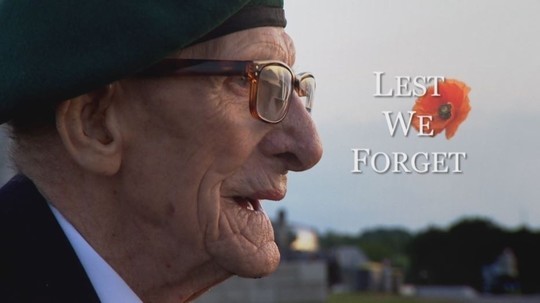 You can watch ‘Lest We Forget’ for free online here:

Delighted that Beti and David: Lost for Words is a finalist at the New York Festivals TV & Film Awards.

A testament to Beti’s work & a tribute to David whose own life in broadcasting inspired so many. 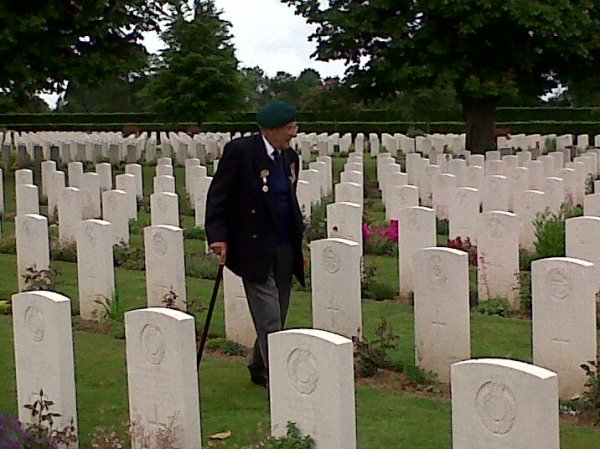 A veteran of 41 Commando has made an emotional return to the beaches of Normandy.
Ted Owens, aged 88 and from Pembroke Dock, Wales, returned to the spot at which he had been wounded during the landings as part of filming for an upcoming television programme.
Ted also made an astonishing visit to a town in the Netherlands where civilians paid a terrible price – not only at the hands of the Germans but of the British too.
“It was an amazing trip into the past for me,” said Ted. “I was able to walk near Sword Beach where I landed and was wounded.
“We also went to the Walcheren Islands where I took part in a commando landing exactly 68 years ago this November.
“I spoke to many local people there. That was very moving indeed.”
Ted’s trip was filmed for the first in a special three-part series, titled ‘Welsh Heroes of World War 2’, which will be broadcast on ITV Wales on Thursday, November 1.
Ted attended a special service at Bayeux War Cemetery and was invited to the village of Maizet, along with other Welsh veterans.
Maizet holds a service every year to honour the Welsh soldiers who liberated the village in 1944.
From France, Ted travelled to Westkapelle, a town in the Dutch Walcheren islands, which were the scene of a crucial battle late in 1944.
Ahead of the invasion by troops, including Ted, the RAF bombed dykes to flood the island and weaken the German defences.
In Westkapelle, Ted met people who remember the destruction that the bombing caused.