We’re underway. My friend, Eric Ngalle Charles, and I have long-cherished a dream to turn his words and poetry into a film-hymn to tolerance and understanding.

For some time we’ve wanted to turn his work into a short film. Now, with the support of Arts Council of Wales and the Dylan Thomas Centre, we are.

And now filming has started. This blog will chart our progress.

The film will form part of a special event at which Eric will discuss poetry and his own thoughts on race and identity, and encourage discussion with the audience.

Following its launch in September, the film will be shown at a number of venues around Wales and in Italy, where Eric has performed before. 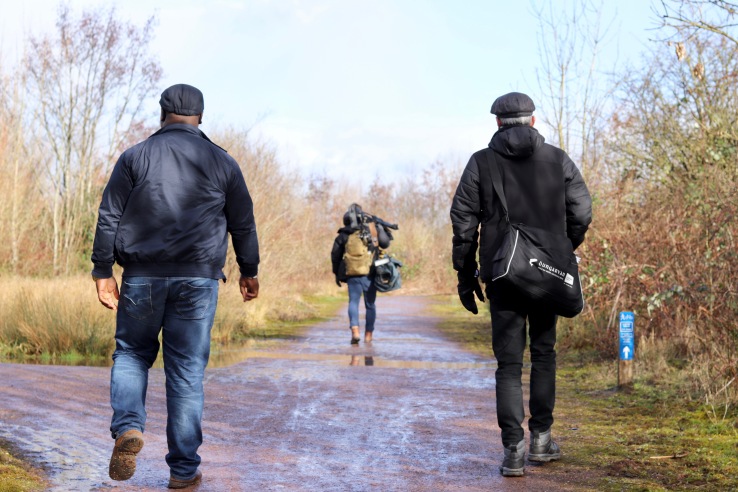 Please follow the ‘This Is Not A Poem’ Category and Tag to keep up with regular updates on the production.

Our photographs are from the fantastic Susy Fernandes and there will be more about – and from her – very soon.

Mainly writing. Often thinking about writing. Sometimes out filming. Just written a book about fighting Nazis. It's a history book but feels horribly current. View all posts by Greg

2 thoughts on “THIS IS NOT A POEM”