For those fascinated by this week’s tributes to Sophie Scholl, her brother Hans and Christoph Probst (all executed 76 years ago) this is the spot at which their fate was sealed. 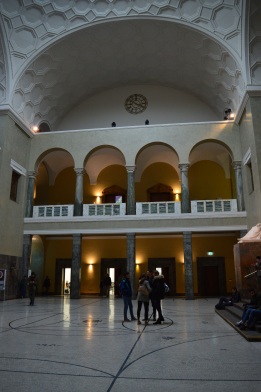 Sophie threw anti-Nazi leaflets from the balcony under the clock and into the hall below at Munich university.

All these years later it is still an emotional place to be.

A university is a place for free thinking, for questioning, for youthful exuberance. The Scholls went to the guillotine for displaying these qualities, as would many more connected to their White Rose movement.

When a prison guard came to clear her cell after her execution he found that she had written a single word on the back of her indictment sheet: “Freiheit.” Freedom.

A big shout-out to photographer Susy Fernandes who is following the production of our short film This Is Not A Poem.

I’ve worked on dozens of productions but have never had someone taking photos during the process.

Being behind the camera one feels quite anonymous. Susy’s photos are putting the camera operator Paul Roberts and myself under her own kind of spotlight. 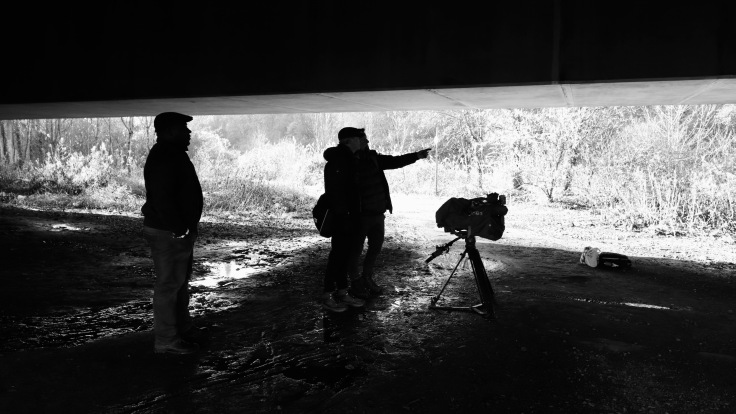 We chose Susy because she can immediately connect with our subjects of internationalism, understanding and tolerance.

She was born in Mozambique in 1974 in the year of The Carnation Revolution (Revolucao dos Cravos), to Portuguese parents.

To escape the riots her parents moved the family to South Africa. She lived there until she was 12 and then the family moved back to Portugal.

In 2005, she and her own young family left Portugal and went to England to work. They later moved to Wales. 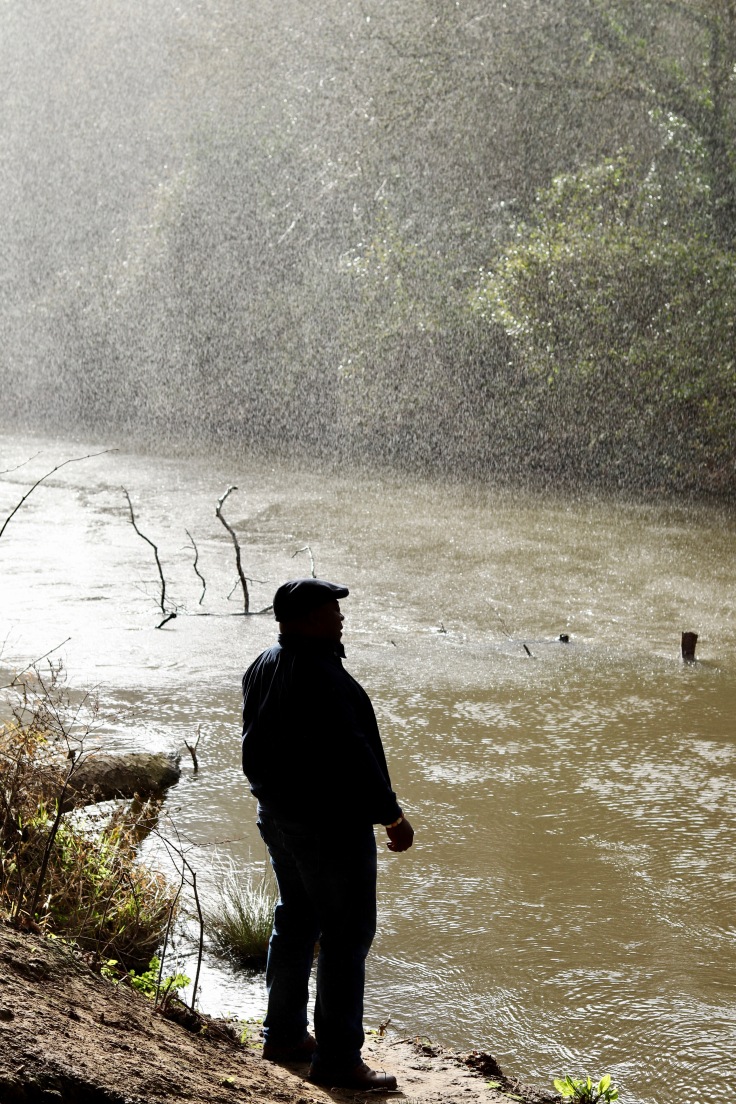 In Wales, she decided to continue her studies at Cardiff and Vale College and joined a BTEC course in Fashion and Clothing. She is now studying a Foundation Degree in Photography with the USW at CAVC.

She says: “I believe that we are never too old to study and to dream. I’m doing all this so that my four boys can see me as a role model who, despite suffering from a chronic condition (Fibromyalgia), still has hope for a better future.”

We have engaged Susy to document our filming days.

The only thing we haven’t managed to do yet is get a photo of Susy herself! 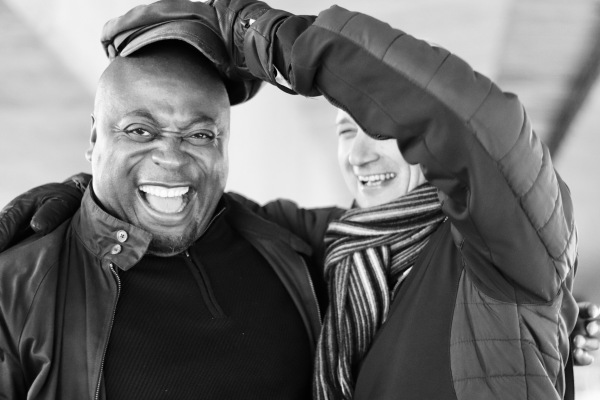 We’re underway. My friend, Eric Ngalle Charles, and I have long-cherished a dream to turn his words and poetry into a film-hymn to tolerance and understanding.

For some time we’ve wanted to turn his work into a short film. Now, with the support of Arts Council of Wales and the Dylan Thomas Centre, we are.

And now filming has started. This blog will chart our progress.

The film will form part of a special event at which Eric will discuss poetry and his own thoughts on race and identity, and encourage discussion with the audience.

Following its launch in September, the film will be shown at a number of venues around Wales and in Italy, where Eric has performed before.

Please follow the ‘This Is Not A Poem’ Category and Tag to keep up with regular updates on the production.

Our photographs are from the fantastic Susy Fernandes and there will be more about – and from her – very soon.

Coming soon from Dutton Caliber in the US (published April 2019):

Nazi Germany is remembered as a nation of willing fanatics. But beneath the surface, countless ordinary, everyday Germans actively resisted Hitler. Some passed industrial secrets to Allied spies. Some forged passports to help Jews escape the Reich. For others, resistance was as simple as writing a letter denouncing the rigidity of Nazi law. No matter how small the act, the danger was the same–any display of defiance was met with arrest, interrogation, torture, and even death.

Defying Hitler follows the underground network of Germans who believed standing against the Fuhrer to be more important than their own survival. Their bravery is astonishing–a schoolgirl beheaded by the Gestapo for distributing anti-Nazi fliers; a German American teacher who smuggled military intel to Soviet agents, becoming the only American woman executed by the Nazis; a pacifist philosopher murdered for his role in a plot against Hitler; a young idealist who joined the SS to document their crimes, only to end up, to his horror, an accomplice to the Holocaust. This remarkable account illuminates their struggles, yielding an accessible narrative history with the pace and excitement of a thriller.

“The question was often asked amid the ruins of the Third Reich: why did the Germans fight on for so long when all was lost? Those liberated from concentration camps knew the answer. Terror, mass murder, ruthless and barbaric persecution—all opposition had been mercilessly quashed. In Defying Hitler, Gordon Thomas and Greg Lewis show in chilling and vivid detail just how courageous were those who dared to defy Hitler. A terrifying and timely account of resistance in the face of the greatest of evils.”—Alex Kershaw, New York Times bestselling author of Avenue of Spies: A True Story of Terror, Espionage, and One American Family’s Heroic Resistance in Nazi-Occupied Paris

“This carefully researched book challenges the myth that the German people were virtually unanimous in support of Hitler… Defying Hitler is filled with almost unbearable suspense and drama.”—Booklist (starred review)

“A deeply researched work that passionately challenges the popular myth that ‘the German people followed Hitler as if as one mass, mesmerized like the children of Hamelin by the Pied Piper.'”—Kirkus