His name is Ted Owens. He was a commando and a sniper. He almost died on D-Day and was wounded twice more in the Netherlands.

I’ll be posting some of their clips over the next fortnight.

Question one: What was it like saying goodbye to your parents to go to war?

If you have a tough question, ask a commando: 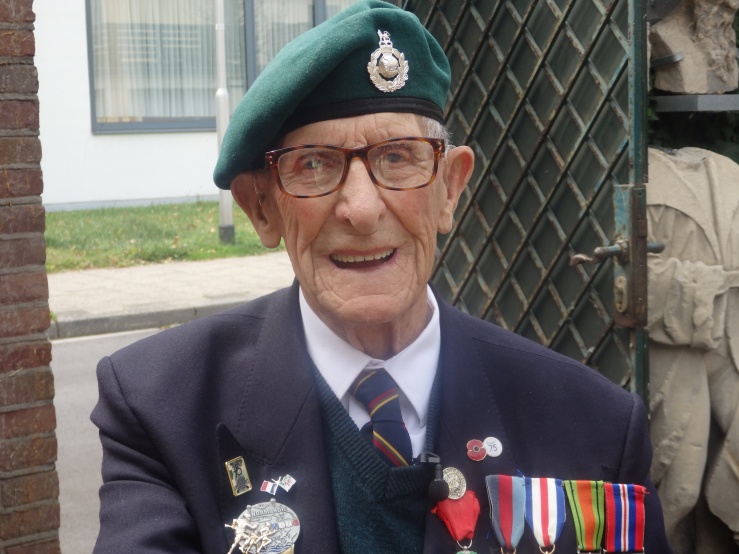 Just back from an amazing adventure with my friend, Ted Owens – a veteran of 41 Royal Marine Commando who landed on Sword Beach early on the morning of June 6, 1944.

Together with my children, Evan and Caoimhe, I’ve been following Ted’s wartime footsteps for a new television series. The kids have been learning not only about Ted’s service, but also about war and peace, tolerance and understanding, and about the need to respect WW2 veterans.

It has been an incredible experience, filmed by my friend and colleague Paul Roberts and supported by ITV Wales.

I’ll try to post more from the trip soon – using the tag ‘Lest We Forget’ – but here is a short clip. Along the way – as we travelled from Normandy to the Netherlands, where Ted fought at Walcheren and the Battle of the Bulge – the kids asked Ted’s questions sent by people on Twitter and email.